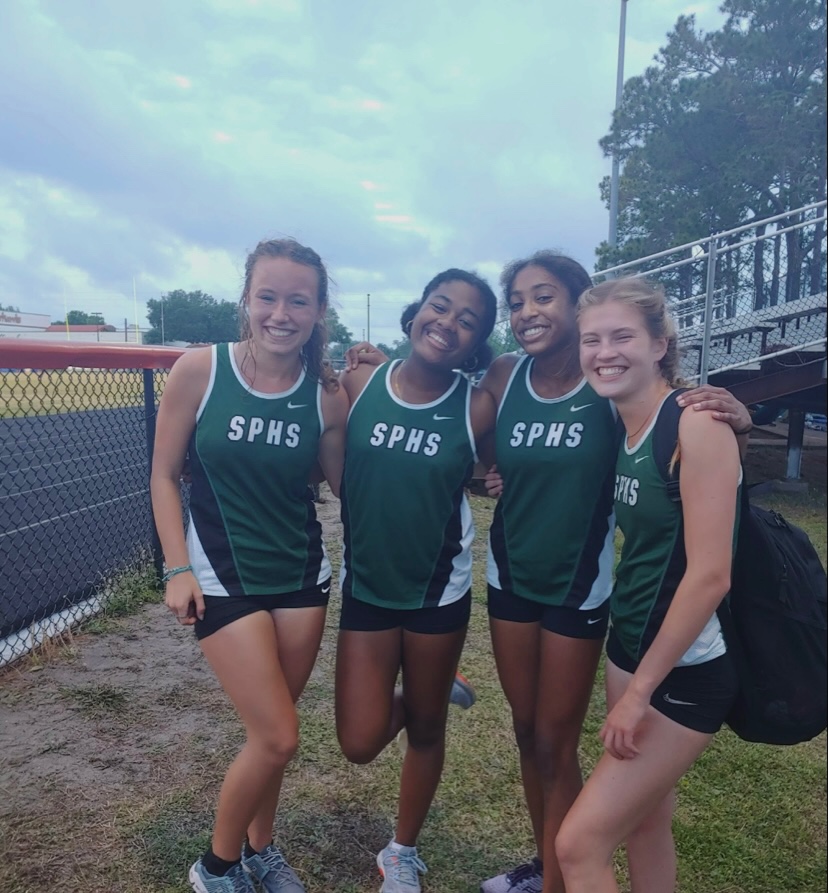 With the end of the cross-country season not far behind, the preeminent runners of St. Petersburg High School are in preparation for the start of our varsity track season. Last year, our team was stunted by the effects of the Covid-19 lockdown. Because of this, the runners were unable to have preseason conditioning to prepare for the season. The team also participated in fewer meets than in the past. Now, the track team is “back– and ready to win”  as quoted by Mae Denson, a sophomore on the varsity lineup.

Luke Faykus is a sophomore on the St. Petersburg High School track team. His best event is the 400, with an impressive personal best of 56 seconds from last season. Luke has been participating on the SPHS track team since his freshman year. He originally joined the team because he loves to compete. He was also motivated to join the team because he had friends on the team. In this interview with Luke, he claimed that “if you do track, you’re less likely to be unhealthy.”

In an interview with McKenzie Grey, a junior on the varsity track team, she spoke about the factors that led her to join the track team. When asked why she chose this sport, McKenzie explained that she “was born to be a runner,” having grown up with two parents who ran track in high school and college. This family environment was a major influence on her love for track. She started running in a club when she was in elementary and middle school. Her best event for track is the 100, but she runs the 200 as well. Her best time for the 100 is 12.96 seconds. In the 200, she finishes with 25-26 seconds on average. In track competitions, she normally places in the top three for these events. McKenzie states that she “looks forward to doing it each and every school year because it’s just such a fun thing to do and the atmosphere is really nice.”

The Green Devil runners on our track team are eager to start their new season. Antony Gospodinov, a varsity sophomore on the track team, describes his reason for being on the track team as “running is fun.” Antony also loves track because “you get to run with other people” and “you get to compete with other people.” With preseason conditioning beginning on November 29th, and the first practice set to occur on January 31st, St. Petersburg High School can expect great things from our team this season.